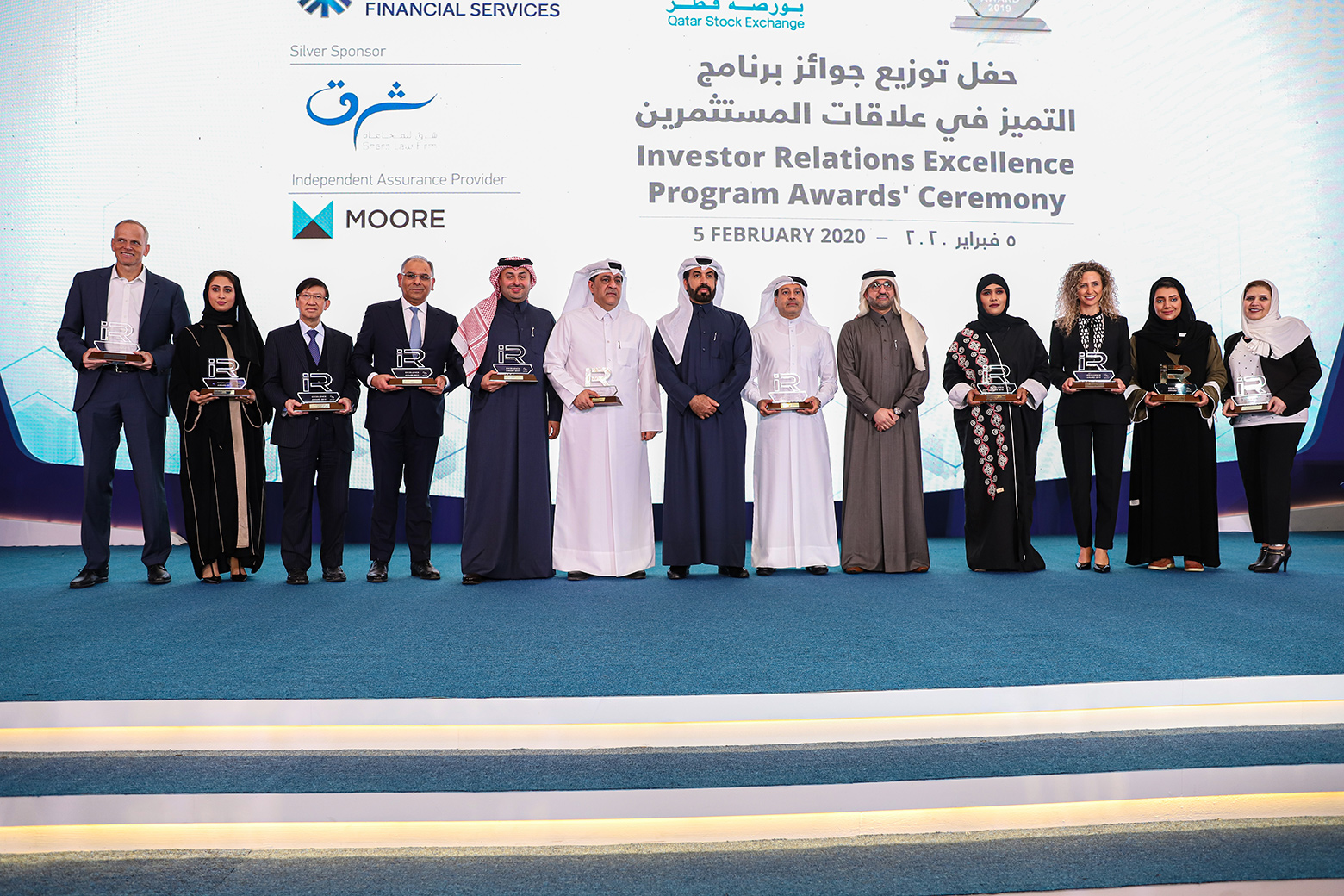 The inaugural winners were announced at a gala event on 28th February 2016.
Press Release

The 2016 winners were announced on 6th February 2017.
Press Release

Since the inception of the IR Excellence Program, Qatar Stock Exchange has focused on creating awareness for the importance of the investor relations function and as a result, a growing number of companies have made improvements to their investor relations efforts.

Qatar Stock Exchange believes it has never been more important for listed companies to engage in a meaningful dialogue with existing and prospective shareowners that fosters truth and trust and the IR Excellence Program has been created to recognize the best organizations and leaders in Qatar who excel at creating a clear picture about their listed company’s strategic, financial and operational developments, and adhere to the highest standards of transparency and disclosure.

The IR Excellence Program has been benchmarked globally against best practices to ensure a fair, credible and transparent methodology. The full methodology and all rating criteria are made available to the public in advance.

The IR Excellence Program consists of both a public (retail and professional) voting system to cover Best CEO, Best CFO, Best IRO and Best small, mid and large-cap companies as well as Best Overall in Qatar in addition to an independent website ranking of listed company’s websites.

The documents below provide the methodology for 2019: